How To Create a OneNote Page from the Command Line

Now creating a OneNote page from the command line is simple with OneNoteCLI – The OneNote Command Line Interface. In fact OneNoteCLI can also create sections, delete notes, and append text to existing notes.

After unzipping OneNoteCLI to any directory open up a command prompt in the same directory as OneNoteCLI.exe and run it to see a list of options:

In order to create a new note use the createnote verb.

When you run OneNoteCLI with just the verb it prints a list of required parameters.

Notice that the parameters notebook, section, title, and body are required.

If any of the above parameters require a space in them be sure to surround them with a quote, like this:

Let’s say you wanted a new page called First Note in a section called First Section in the notebook called Test Notebook. The command line to create this note is:

After running this command, here is the note that was created: 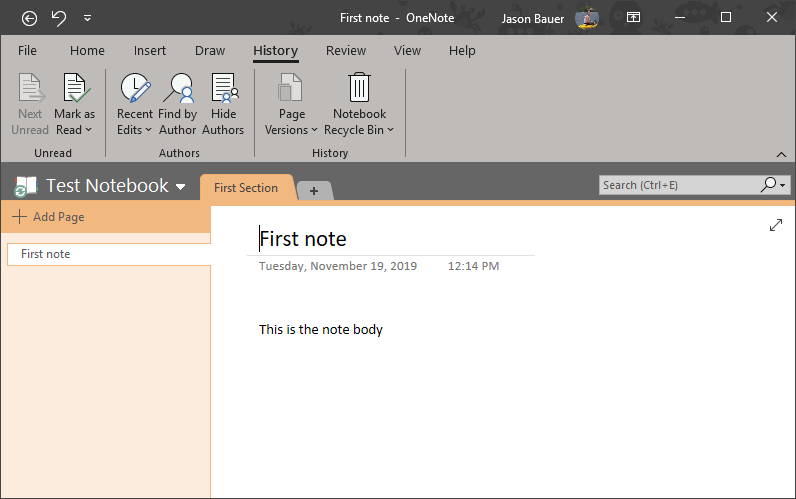 This note was created using the OneNoteCLI command line interface

If you specify a section that does not exist the OneNoteCLI will automatically create that section for you.

Another example. How about creating a page called Todo in a section called Lists in the notebook called Work:

The biggest problem that you may encounter is trying to create a note in a section that has been deleted. When you delete a section in OneNote it does not immediately go away. Instead it goes to the Recycle Bin, where it is still accessible.

If you try to access a section that is currently in the Recycle Bin OneNoteCLI will throw an error.

The easiest solution to this problem is to empty the OneNote Recycle Bin. 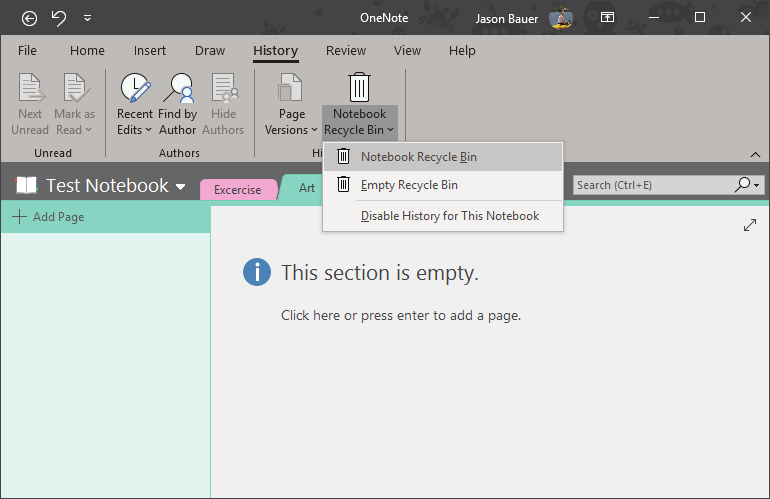 If you can note create a note in a recently deleted section you may need to empty the OneNote Recycle Bin.

There’s more info about OneNoteCLI if you are interested, including how to import entire directories of text and images, delete notes, and append text to existing notes.

With OneNoteCLI scripting support for OneNote just got a whole lot easier.